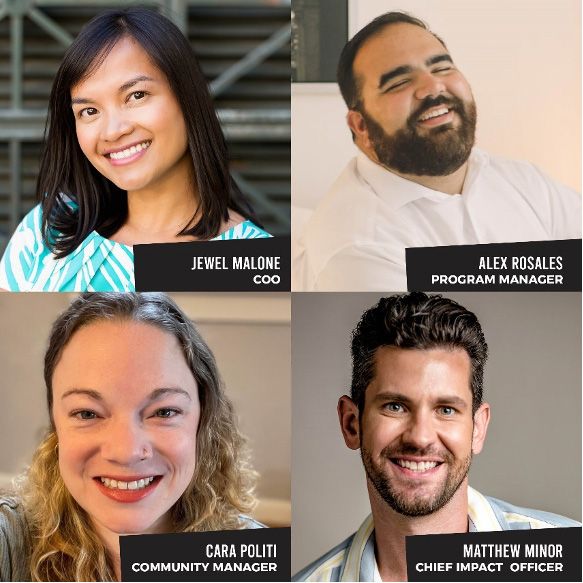 MIAMI – March 10, 2022 – The Elevate Prize Foundation announced today the appointment of several key leadership positions, including Jewel Malone as Chief Operating Officer and Matthew Minor as Chief Impact Officer. Both Malone and Minor, who assumed their roles in March and February respectively, will support the Foundation’s growing efforts to empower social impact leaders and inspire positive change around the world.

“We have never faced a more important time in history to step up and take collective action to address injustices around the world,” said Carolina Garcia Jayaram, CEO of The Elevate Prize Foundation. “I couldn’t be more thrilled to welcome these dynamic new members to the Elevate team, who bring diverse perspectives, innovative ideas and a passion for social impact. Together, we aim to deliver on our mission to amplify the work of impact leaders, drive change together and awaken the hero in all of us.”

Founded by Joseph Deitch in 2019 and headquartered in Miami, The Elevate Prize Foundation aims to serve as an engine for social good by helping changemakers raise their visibility and ability to inspire others, ultimately multiplying their impact to “make good famous.” The Foundation annually recognizes 10 social entrepreneurs and leaders, awarding them $5 million in unrestricted funding, mentorship and capacity-building resources. Additionally, the Foundation recognizes prominent individuals who use their influence to inspire social action, and recently named George and Amal Clooney the second-ever recipients of the Catalyst Award for their work with The Clooney Foundation for Justice.

About the Elevate Prize Foundation

Founded in 2019 by businessman, philanthropist, and author Joseph Deitch, The Elevate Prize Foundation aims to serve as an engine for social good by funding, guiding, and scaling the platforms of social entrepreneurs. The Foundation’s signature program is its annual Elevate Prize, which is awarded to 10 or more global leaders tackling pressing issues in innovative ways. The Elevate Prize Catalyst Award, another one of the Foundation’s programs, recognizes prominent individuals for their commitment to inspiring global social action and using their influence for the good of humanity. Through the Elevate Giving program, the Foundation allows everyday people the opportunity to engage in philanthropy. For more information, visit www.elevateprize.org and follow @ElevatePrize on Facebook, Instagram, LinkedIn, and Twitter.