How Rethink, a student-led movement, is tackling online hate 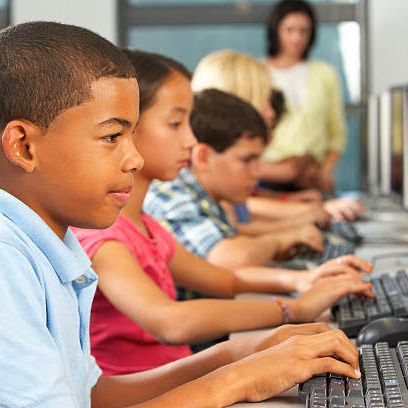 “Being safe online is a human right. Nobody should have to pay for that.”

Growing up in a suburb of Chicago, “the only non-white kid I knew” Trisha notes, she was an easy target for online harassment. “It feels like the end of the world when someone messages you to tell you, you’re ugly or you’re never going to have any friends. Why is it so easy for kids to say these things online, and act so impulsively?”

With the support of her parents, Trisha was able to deal with her bullies and move on, but she never forgot how it felt – and could see first-hand the impact it made on young people around her. “Cyberbullying is intensely hurtful. It can lead to depression, and it’s a major risk-factor for teen suicide – both bullies and their victims are at risk,” Trisha says. “When it’s happening to you, you feel as though you’re all alone, but actually it’s ubiquitous and senseless.”

When Trisha was in 8th grade, these experiences and ideas came together into a hypothesis: if teens were given a chance to think twice before they posted something hurtful, would they? “Most approaches to bullying are reactive – they happen after the act has taken place. But what if you could stop bullying before it happens? Would people be less likely to post if they received an intervention asking them to re-think?”

Early results were a resounding yes.

Without the intervention, 71% of teens were willing to post something hurtful, but when prompted by ReThink, that number fell to just 4%.

With the help of her 8th grade science teacher, Trisha scaled up the experiment to 1,500 teens in schools across Illinois, and submitted her study to the Google Science Fair, where she built on her astonishing results to turn ReThink into an app, and ultimately into a company.

So how does it work?

ReThink trains youth to be Upstanders – people who stand up and say something when they see hateful online behavior. “Users download the app, which flags when they might be about to post offensive language. Then, they have to decide whether they really want to do that – and in most cases, they don’t,” says Trisha. Rethink also partners with schools, providing their product for PCs, chromebooks, pairing it with a K-12 digital curriculum designed to train kids to be responsible digital citizens and critical consumers of the tech products they use every day.

And what’s next? “Right now, we’re working on adding more languages and more dialects,” (one of those languages, Arabic, in early collaboration with fellow 2020 Elevate Prize winner Fadi Daou). “We’re also beta testing detection of offensive videos, with the hope of a soft release later this year.”

“It’s not just about stopping cyberbullying in the moment,” says Trisha. “It’s about changing the culture. We have to tackle the causes of bullying, and advocate for better digital citizenship. We’re working with partners like Connect Safely and The Tyler Clementi Foundation to make even more impact.”

The most powerful change-makers are the people most impacted by cyberbullying – children and teens.

“We are a youth-led movement. Our chapters of students are passionate about building a world where cyberbullying is not inevitable. They lead pep rallies, events and fundraisers, and start important conversations about cyberbullying – helping others realize, they’re not alone, this is an issue that impacts so many people, and there are resources to help. It’s ok to not be ok with the internet.”

3 things you can do: